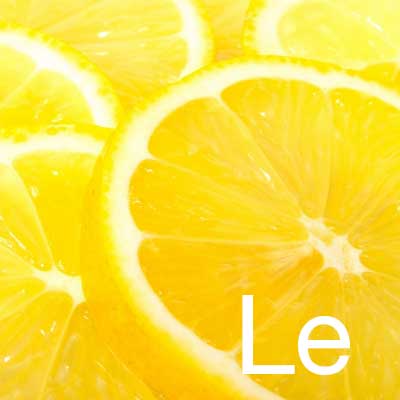 The origin of the lemon is a mystery, though it is thought that lemons first grew in Assam, a hybrid between an Orange and a Citron. The fruit was well known in Europe by the middle ages, and Greeks and Romans were advocates of its therapeutic properties. Lemon essential oil reached the height of its fame when the British began using the citrus fruit to counteract the effects of scurvy. The name ‘Lemon’ is derived from the Arabic ‘laimun’ and the Persian ‘limun’ referring to citrus fruits. The holy wars of the early middle ages were a source of rich treasures being brought back to Europe by the Crusaders, amongst which was the humble Lemon.

Obtained from the fresh peel of the fruit of the Lemon tree, this oil is known for its astringent and antiseptic quality. Lemon oil is valued for its characteristic sweet, fruity refreshingly clean, lemony fragrance. It balances overactive sebaceous glands that lead to oily, blemished skin, clears and enlivens the complexion by removing dead skin cells. It smooths out broken capillaries and has a softening effect on scar tissue.