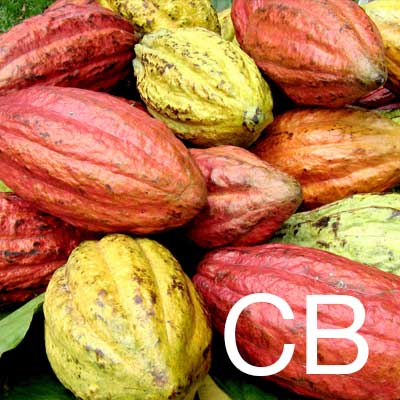 Cocoa played a special role in both Mayan and Aztec royal and religious events.  Cocoa was believed to be of divine origin: the cocoa tree was a bridge between earth and heaven. Human sacrifices to propitiate God or sun were first sanctified by giving him chocolate. Cocoa beans were given to priest’s assistants at children’s coming of age ceremonies. During marriage ceremonies, the couple drank a symbolic cup of chocolate and exchanged cocoa beans. Aztecs believed that drinking chocolate gave mortals some of Quetzalcoatl’s (God of learning and of the wind) wisdom. The oily layer floating in the chocolate drink (cocoa butter) was used to protect the skin against the sun.

Cocoa Butter is often recommended for treatment of skin conditions such as eczema and dermatitis. When applied topically, it creates a barrier between sensitive skin and the environment and also helps retain moisture, however Cocoa butter is readily absorbed by the skin. Cocoa butter contains a number of different anti-oxidants, phytotosterols, polyphenols in the form of catechins (tannins) and procyandins which in lab studies, these have shown they might have offer some anti-inflammatory benefits to skin.
We only use unrefined cocoa butter to retain as much of the goodness from the cocoa butter as possible.