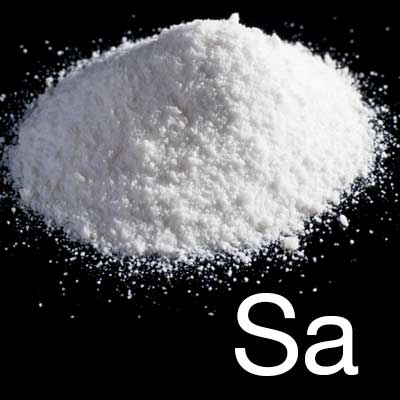 Sodium Anisate is a salt of Anisic Acid which is derived from Anise, a flowering plant native to the eastern Mediterranean region and Southwest Asia but found widely in numerous plants and is a powerful anti-inflamatory which has a soothing effect on irritated skin. The anti-inflammatory effect of this compound has been shown to be comparable to other agents like phospholipid analogues, sterols, or vitamin E analogues.

An intrinsic property of such organic acids, the acidity itself is very low. This makes organic acids ideal candidates for the gentle acidifying effect on human skin. Thus the natural acidic level of the skin can be maintained for a longer time. The correlation between physiological pH and healthy skin has been shown in many studies and there has been evidence that micro organisms like Propionibacterium acne and Staphylococcus aureus and even viruses are significantly reduced, by organic acids and when the normal pH on human skin is maintained at a stable level.