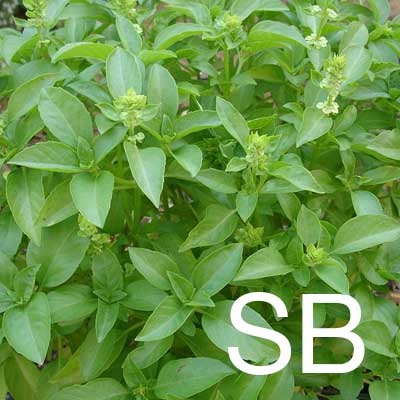 Basil is native to India and Asia and has grown there for over 5,000 years. It spread by plant and seed from India to Egypt, where priests used it to preserve mummies. Basil was also cultivated in Greece during ancient times. In fact, Basil takes its name from the Greek word for a king – ‘basileum’, possibly because the plant was so highly prized that it was considered a King among plants, or maybe because it was an ingredient of an oil for anointing kings.

Recently, there has been much research in basil oil. Scientific studies have established compounds in basil oil have potent antioxidant, antiviral, and antimicrobial properties as well as potential for use in treating cancer. Basil contains large amounts of beta-caryophyllene, a potent anti-inflammatory compound.