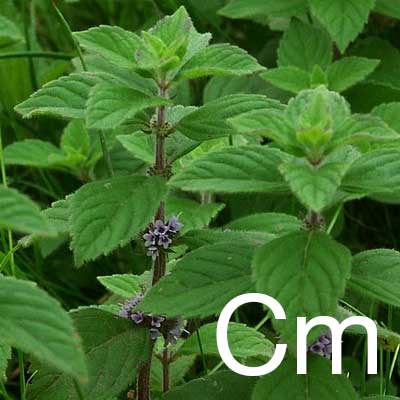 Native to the Mediterranean regions, mint has been used since the dawn of civilizations.  Its modern name came from the ancient Greeks, who believed that Pluto, ruler of the underworld, had eyes for the lovely young nymph Minthe. Persephone, the god’s jealous wife, became enraged and transformed Minthe into a plant. This sweet smelling herb was believed to have phenomenal powers. Greek athletes rubbed the leaves on their skin after bathing to increase strength. It was a favourite garden plant of the pharaohs. In Rome, Pliny recommended that a wreath of mint was a good thing for students to wear since it was thought to “exhilarate their minds” and senators wore sprigs of the aromatic plant, believing it helped their oratory skills and controlled tempers.

What makes mint a beneficial ingredient for skin care is its ability to act as an anti-pruritic agent. That means that its juice can soothe and calm skin that’s itchy or infected.
As mint contains vitamin A, it may strengthen skin tissue and help reduce oily skin.