IS BEING SULFATE FREE ENOUGH?

As the evidence against sulfates in skincare causing & exacerbating all manner of skin conditions grows, more and more consumers are seeking out Sulfate Free skincare products. But is it enough?

What was wrong with Sulfates in the first place?

As with most detergents, these Sulfates have an oil-soluble “tail” (seen on the left) and a water-soluble “head” (seen on the right). This gives it a double purpose, it equally loves water and oil which is its main use in personal care products.

When used with copious amounts of water, the Sulfates are fantastic at helping to separate oils from hair and skin – a little too good sadly. Those oils the Sulfates are trying to remove form an important part of your skin barrier, to keep things out and keep the water in.

If you remember from our “The Secrets Of Sulfates In Skincare” post, the very oil SLS is so good at stripping away, causes irritation. 5% SLS in a product is usually enough to cause irritation in most people, but many people are sensitive to far less, yet controversially it is used in the 15-50% concentration range, far exceeding the recommended safe levels.

How do Sulfates damage skin?

Sulfates by nature do not just disrupt the incredibly complex & delicate skin barrier by removing the oils vital for healthy operation of the skin barrier but through another more complex and far less understood process.

Almost all surfactants, from SLS to even the sugar-based Coco-Glucoside we use in our products have a tail and a head like the SLS molecule above. What makes the difference is the charge the oil loving head has, and every surfactant can be in one of three groups: 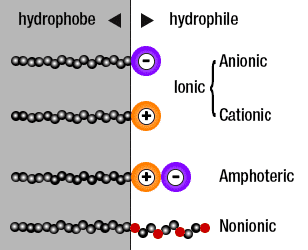 As you have noticed, the sulfates all have polar heads which are negatively charged, and this is very important. Proteins within your skin, that play a crucial role in maintaining an effective barrier and even the physical appearance of your skin such as collagen have a net positive charge.

Similar to how a magnet works (Well, actually nothing like a magnet works, if you really want to read up on how surfactants affect protein denaturing, you can read it by click on this link but to keep things simple….), opposites attract. Ionic surfactants such as SLS, strongly binds to the positively charged and the hydrophobic residues of proteins through its sulfate groups and alkyl chains, respectively, affecting how the protein folding/unfolding occurs.

Yep, I can see I’ve lost you here but the short of it is, ionic surfactants are considered biologically “harsh” surfactants because they typically bind to & modify protein structures and for this purpose is often used in laboratories to disrupt cellular structures. Skin aging as a result of sun exposure is believed to occur because of cellular structure disruption, manifesting itself in the well-known skin burn.

In other words, Ionic surfactants such as SLS, SLES & ALS causes premature skin aging. Studies have verified that this ingredient can be damaging. In the International Journal of Toxicology, researchers noted that it had a “degenerative effect on the cell membranes because of its protein denaturing properties,” and that it could cause skin irritation and corrosion. Researchers later wrote, “The longer these ingredients stay in contact with the skin, the greater the likelihood of irritation, which may or may not be evident to the user.”

They add in their discussion of the study that the ingredient was found to cause “severe epidermal changes” where it was applied, and that it could also damage the hair follicle (when used in hair-care products). Even worse—a solution containing 1.5% sodium Lauryl Sulfate caused acne! The researchers wrote: “These two problems—possible hair loss and pimple formation—along with proven irritancy, should be considered in the formulation of cosmetic products.” 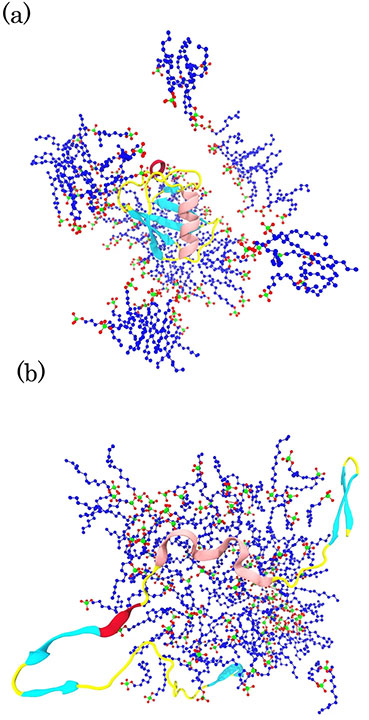 The issue with sulfates, is not the “sulfate” part, it is the inherent ion charge on ionic surfactants. Now as these ionic surfactants are largely in rinse-off formulations, it’s only on our skin for a limited period, right? Well no, unfortunately, in a study published in the prestigious PNAS, a Molecular cartography of the human skin surface in 3D was taken. As seen by the image below, high quantities of SLES & CAPB, the two detergents tested for, was found in varying concentrations across the skin. 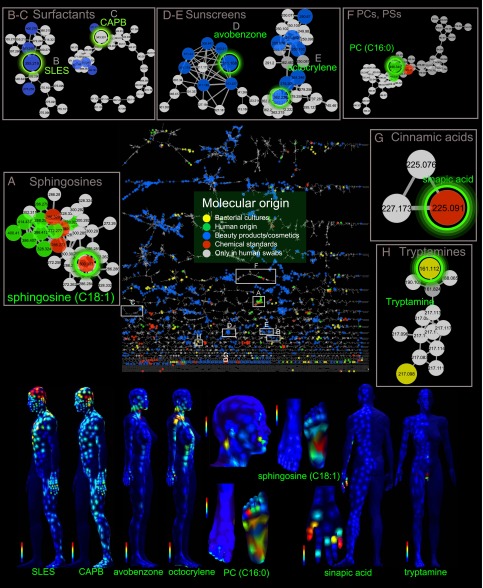 Due to the intricate complexities of physics, biology and chemistry, it is practically impossible to remove every single trace of product you have applied, which causes issues for much longer.

If that’s too difficult to remember, there is an easier route and that’s to remember our entire skincare range is free of ionic surfactants 😊 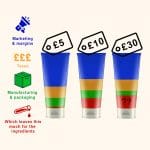 Are You Buying Skincare The Smart Way?

We hope that this explanation clears up the confusion surrounding sulfates in skincare. My recommendation would be to not only avoid the usual suspects, but also other ionic surfactants too.

Fortunately, there are several ionic-surfactant-free products out there now—including all the entire R10 Labs Skincare range.

(3) The determination of the irritancy potential of surfactants using various methods of assessment. https://www.ncbi.nlm.nih.gov/pubmed/755672